skip to main | skip to sidebar

A day at the Dail

Last Saturday we went to a "Family Day" at the Dail (Leinster House, Houses of the Oireachtas, Irish Parliament)

The weather was glorious !!! 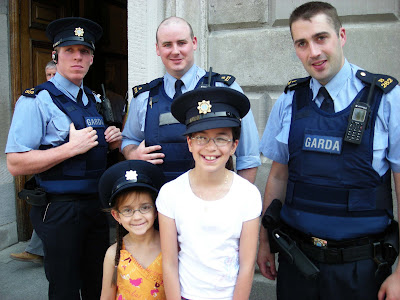 Only in Ireland you find the Police to be super friendly :o) 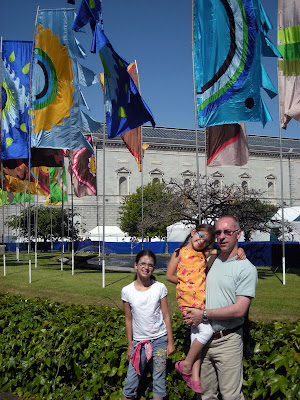 Daddy & girls at the back garden. 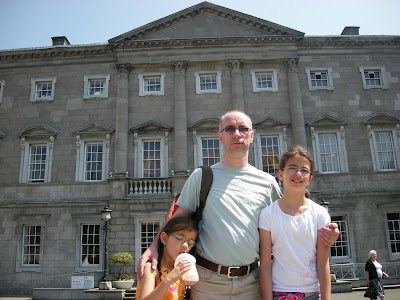 At the front of the house. 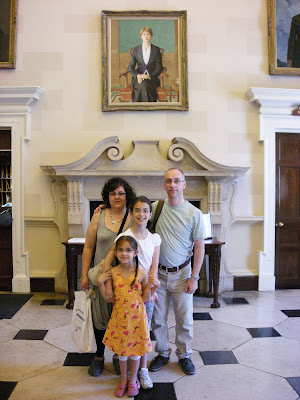 The portrait of the Lady above us is of Mary McAleese, the President Of Ireland. 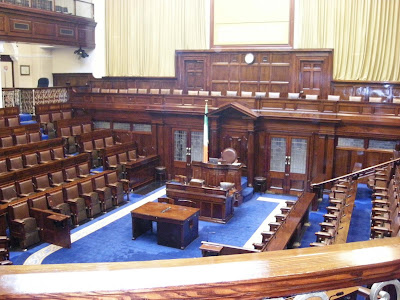 This is the place where members of the goverment and oposition discuss our future !!

I still haven't finished the blanket, hoping to finish it this week !! I have a couple of LO's to do and 2 mini albums to complete too :o)

I spent a fab day today at Celine Navarro's classes !! loved them !! paint, canvas & a mess, my kind of stuff !! Thanks Elaine & Annamarie for organising this event !! 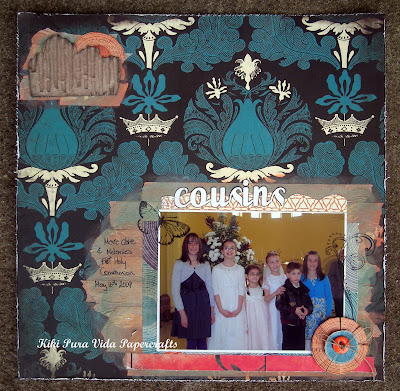 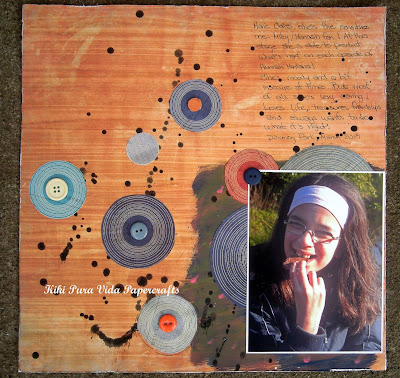 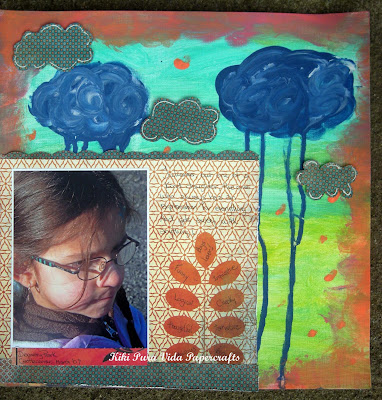 I hadnt scrapped as a such in a while, and today has just fueled my inner scrapper !!

Then we did a canvas, which by the way is already on the wall in my sitting room :o) : 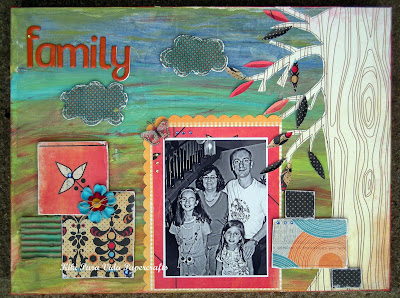 Thursday and Friday I spent a couple of hours finishing the teachers presents for this year. I already had a staggered mini album with the words TEACHER 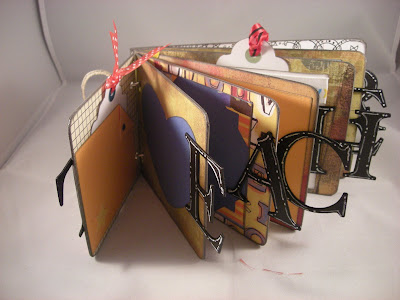 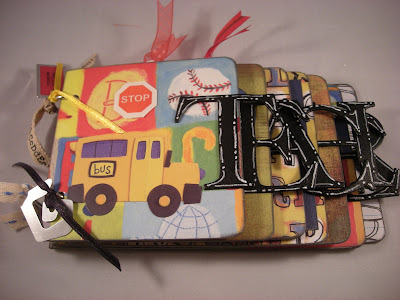 I put inside a photo, each girl wrote on the tags, made a drawing and I printed 2 nice Teacher poems inside, I found them here and here

Then I made a card and a handbag for each teacher, and a card & handbag for the school's assistant. 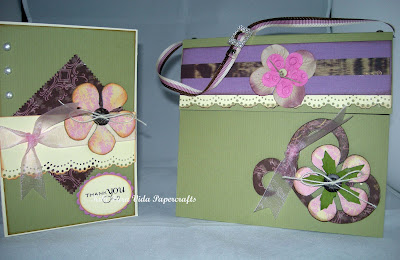 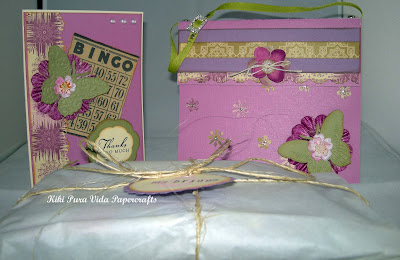 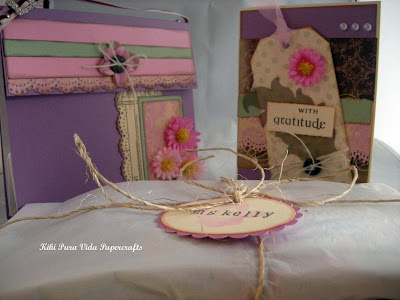 I used magnetic snaps to close the hangbags.

I forgot during the weekend to replace the buld for my mini studio light. It is a common spotlight, but with a bit of blue tint. Not available at supermarkets, but at hardware stores; I was in B&Q on Saturday and completely forgot to buy the buld !! Anyway, I tried today the mini studio without lights, and it's fine, I suppose it needs the lights when there is no good natural light.

Last Friday we celebrated our 11th Wedding Anniversary !! and here's the card I made for hubs: 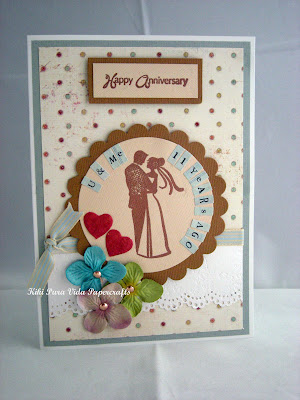 And since I've been having a shopping spree lately, I purchased a few kits from Beatriz Jennings at Dream Designs since I want to try another cardmaking style. My order arrived in less than a week !! I meant to sit down and play all day with it, but I was interrupted 100 times !! the doorbell, the phone, the girls, etc !!!
Finally after dinner last night, sat down, took out the Father's day kit and in a couple of hours I made these cards: 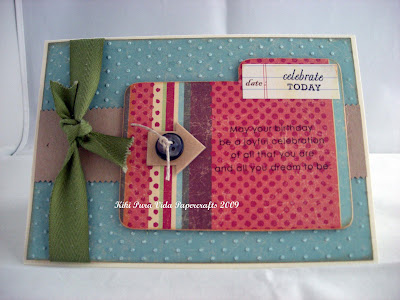 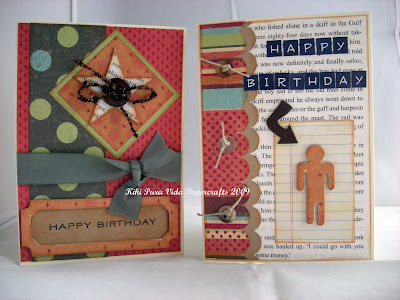 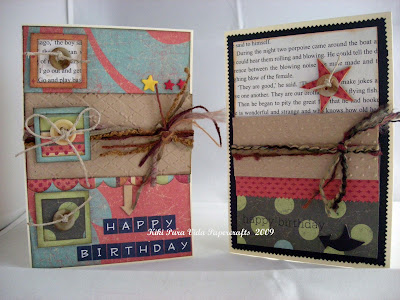 The kit is small, I mean, paper is 6x6, but packed full of goodness ! it came with 3 cards, but I was able to make 5!! I used it to make male Happy Birthday instead of Father's Day cos I had F'sD cards made already.

Heading to the Postal Sort Office in a few mins. I had ordered some Making Memories acrylic paints, my first choice in acrylic paints, for a class Im going on Saturday. The parcel was attempted delivery 2 days ago, I was out but the Postman left a note. I dropped into the SO yesterday and they coulndt find it, said it was probably still in the van, and promised me to deliver it in the afternoon, but it didnt happen. So Im heading there again....hope they havent lost it !!!!!!!

My Papertrey Ink order has arrived !! 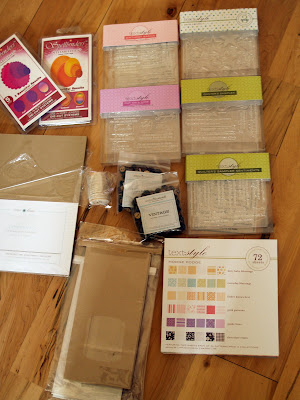 I just love this company !! everything is lovely !! The paper bags with a window are the ones I use for x-mas biccies, they are plastic coated inside, they're just perfect ! The stamps are excellent quality and super versatile !! It will take me forever to get tired of them, the combinations are practically endless !!

I bought my first set of nesties from Papertrey a couple of years ago, they were the circle & scalloped circles ones. I always thought I wasnt gonna feel the urge to buy the ovals cos the circles would do, but no, I have missed not having the ovals. I also got paper from Papertrey, looks gorgeous too, and some kraft paper to try new things. Bought 2 packets of vintage buttons by mistake...will split one of the bags in several others to give away. And finally, got a lovely thin twine to use with the buttons.

I highly recommend this company to my fellow stampers, I can guarantee you wont be dissapointed !

It might look as if I have been MIA, but no, I am still around, and busy as usual.

Today I made a Father's Day card for Hubs, an Anniversary card, a Wedding card and a Birthday card !! I will be posting photos soon; need still to buy a new buld for one of my mini studio lights.

I finally finished the 70 card order and I have already spent the dosh !! So, Im expecting a big box from Papertrey Ink packed full of goodies !!!! 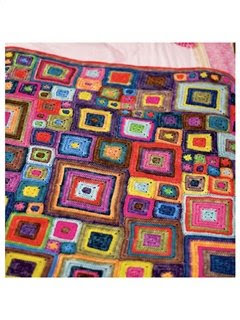 I'm a self taught crocheter (is that word right?) I can only make flowers :o) but I googled and I found a great tutorial in You Tube. And I am hooked !!!
I only had baby colour yarn, so decided not to be too adventurous and do first a baby blanket with what I have, if it looks good, I will make a bigger one with brighter colours.

Check back soon for photos.

Text and pictures © Kiki Pura Vida Papercrafts ; All rights reserved.
Nothing may be copied or changed without express permission from myself. My artwork on here is for personal inspiration only and may not be copied for submission to contests, magazines etc.
Thank You for respecting these limitations!!